A Slice of History: Pizza Through the Ages

Pizza is a dish that has been around for centuries, and its popularity is only increasing. It’s no wonder why – pizza is delicious, versatile, and easy to customize. Whether you like your pizza with a thick crust or thin, loaded with toppings or simple, there’s a pie out there for everyone to enjoy.

But how did pizza come to be? Let’s take a look at the history of this classic dish.

Pizza first became popular in Italy, specifically in the city of Naples. The original pizzas were quite different from what we think of today – they were more like flatbreads, and were often topped with things like tomatoes, cheese, oil, and anchovies. These early pizzas were sold by street vendors and were popular among the working class.

It wasn’t until the late 1800s that pizza as we know it began to take shape. A man named Raffaele Esposito is credited with creating the first pizza with tomatoes, mozzarella, and basil, which was meant to represent the colors of the Italian flag. This pizza was a hit with King Umberto I and Queen Margherita, who visited Esposito’s pizzeria in 1889.

Pizza really began to take off in America in the early 1900s, when Italian immigrants started opening up pizzerias in cities like New York and Chicago. These pizzerias were popular among the Italian-American community, but it wasn’t until after World War II that pizza really started to become mainstream.

Today, there are countless different types of pizza, and the possibilities are endless when it comes to toppings. Whether you like your pizza traditional or with a twist, there’s no doubt that it’s a dish that everyone can enjoy.

The History of Pizza in America

When it comes to pizza, America has a long and storied history. Pizza first arrived on American shores in the late 19th century, brought over by Italian immigrants who were looking for a new life. These early pizzas were simple, made with just a few ingredients like tomatoes, cheese, and flour.

Pizza really began to take off in America in the early 20th century, when new technologies and ingredients began to make their way into the country. The first pizzeria in America opened in New York City in 1905, and by the mid-20th century, pizza was a national phenomenon. Today, there are thousands of pizzerias across the country, serving up all sorts of different pies.

Pizza has come a long way since its humble beginnings in Italy. But one thing has remained the same: it’s still one of America’s favorite foods. 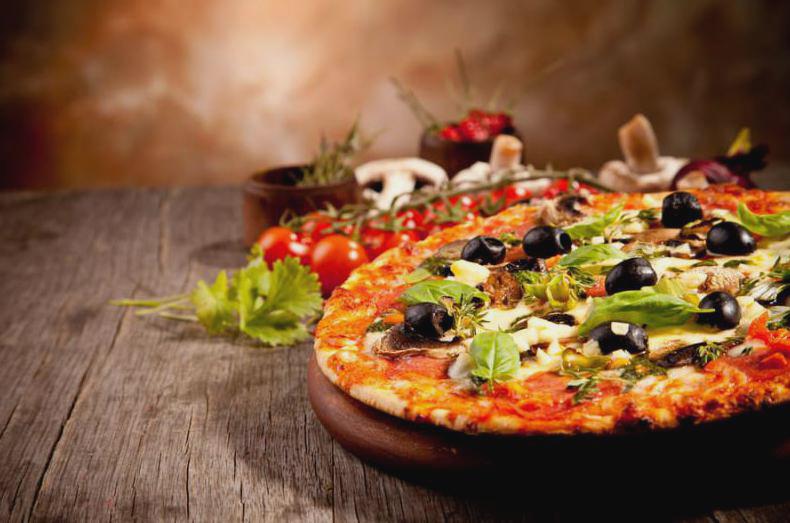 The Evolution of Pizza

Pizza has come a long way since its humble beginnings in Naples, Italy. What started as a simple dish of bread and tomato sauce has now become one of the most popular foods in the world.

Over the centuries, pizza has undergone a number of changes. The addition of cheese and other toppings has made it more than just a simple peasant food. Today, there are endless possibilities when it comes to pizza toppings, and the dish has become a favorite among people of all walks of life.

Here is a look at the evolution of pizza through the ages:

Pizza is thought to have originated in Naples, Italy in the late 18th century. At this time, the dish was simply a piece of flatbread topped with tomatoes and other simple ingredients. It was sold by street vendors and was not considered to be a proper meal.

The first pizzaiolos (pizza makers) were Antonio Matta and Filippo Milone. They are credited with adding cheese and other toppings to the pizza, which made it more like the dish we know today.

One of the most famous pizzas is the Pizza Margherita. This pizza was created in 1889 to honor the Queen of Italy, Margherita of Savoy. The pizza was made with the colors of the Italian flag: red (tomato sauce), white (mozzarella cheese), and green (basil leaves).

Pizza made its way to America in the late 19th century, thanks to Italian immigrants who brought their love of the dish with them. The first pizzeria in America was opened in 1905 by Gennaro Lombardi in New York City.

Pizza became increasingly popular in America in the years following World War II. Soldiers who had been stationed in Italy during the war came back to the States with a taste for pizza. This, combined with the growing popularity of Italian-American food, helped to make pizza one of the most popular foods in America.

Today, there are over 61,000 pizzerias in the United States, and pizza is one of the most popular foods in the country. Americans consume around 100 acres of pizza every day!

Pizza has now spread to all corners of the globe. In Japan, pizzerias offer toppings such as squid and octopus. In Brazil, pizza is often served with a fried egg on top. And in India, pizzas are often made with a spicy curry sauce.

No matter where you go, you’re sure to find a delicious pizza to enjoy.